Brief bug summary: "A Friend Build Just For You" quest can't be completed even after you rescue Aster.

More details:
After the completion of season 3, you gain access to Wondroid event season 1 and 2.
I accepted the quest "A Friend Build Just For You" from Sephia and entered the Rescue Mode to save Aster.
However, when I finished the JQ and returned to the Hideout, Aster was nowhere to be seen.
I've tried forfeiting and completing it again (grudgingly) but the result didn't change.
The quest log says I completed the mission, but the NPCs wouldn't recognize the quest as complete. (shown in the screenshot)
I did not restart or quit the game in the middle of the JQ.
I have participated in the previous Wondroid events.
EDIT: I forfeited the quest, accepted it again, and did a perfect run - no death, no restart, no quitting. The quest is still incomplete. 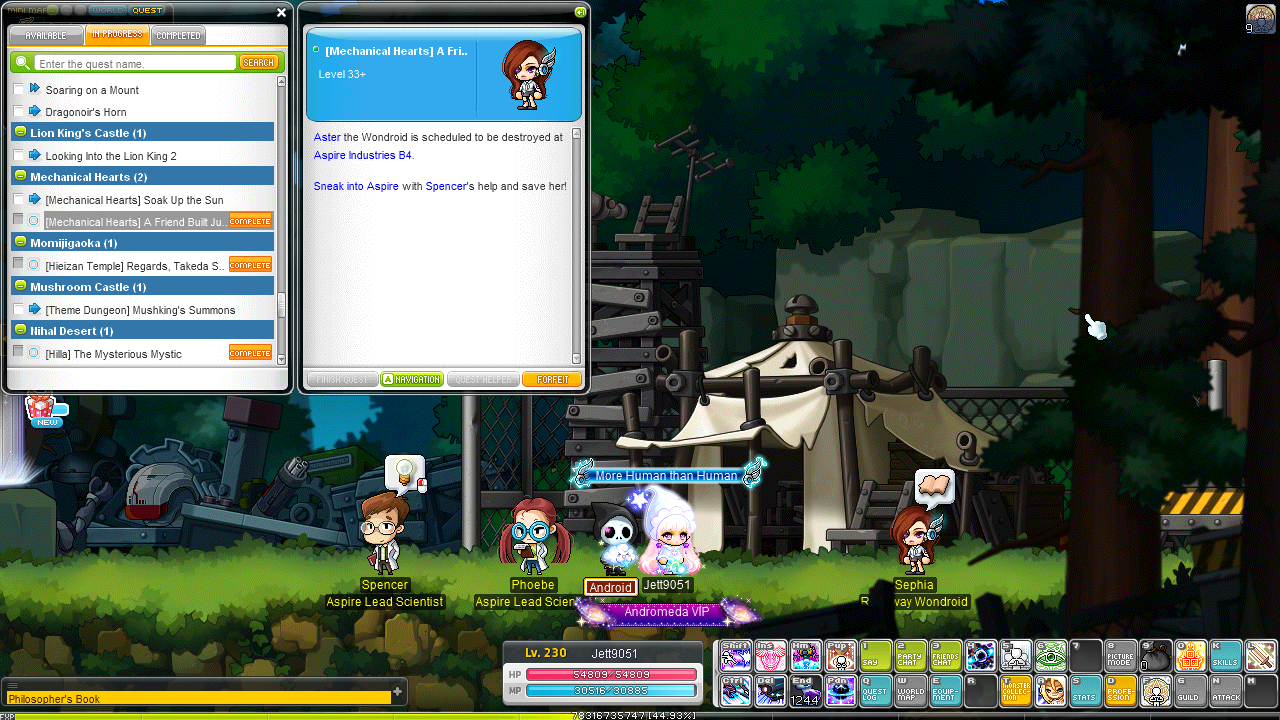