THE COLD NEVER BOTHERED ME ANYWAYS ;)

Reactions: 2,195
Posts: 491
Member
May 2019 edited May 2019 in General Chat
Greetings fellow maplers I hope everyone was using their voices lately cause its time to voice our opinion on ancient classics, legends, and our former greats. There was once a tale of 2 warriors one name Aran another name Hudak, a tale of jealousy and the will of warriors. Long ago there Hudak was an amazing and great warrior "hehehe great" and he was so good no one can match him.

This story is a story lost in our great past of MapleStory and I feel if we are to be great again we should bring it back. He was one of our great og's and we need Ice Knight back. Whose in favor of bringing back Hudak the Ice knight back as a party quest pvp 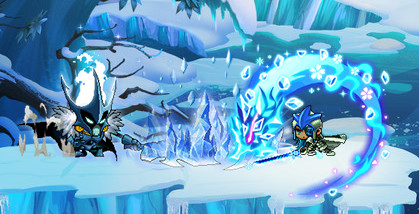