Reactions: 2,951
Posts: 471
Member, Private Tester
October 2017 edited October 2017 in Bug Reporting
I think I saw someone mentioning this on discord/reddit earlier, but haven't seen a thread about it here lol. I started caring cuz Fireworks Festival...

The main ones I'm concerned about are the Fireworks quests, which give cubes. My main character wasn't able to accept the "[Maple Music Festival] The 1st Fireworks Show" because, as shown in the first image, I completed it last year. Meanwhile, all my mules, which didn't do the first quest last year, were able to do it. More obviously, all my achievements from last year are still around, despite the "Reigning MMF Marathon Runner" quest being impossible to complete at this time (it requires you to enter the MMF rhythm game 120 times total or something - since the event's been out for less than a week, and you're only allowed five entries per day, there's no way I could've cleared it this year yet). Also, the shop didn't reset either, so everything that was sold out last year, is still sold out for me. 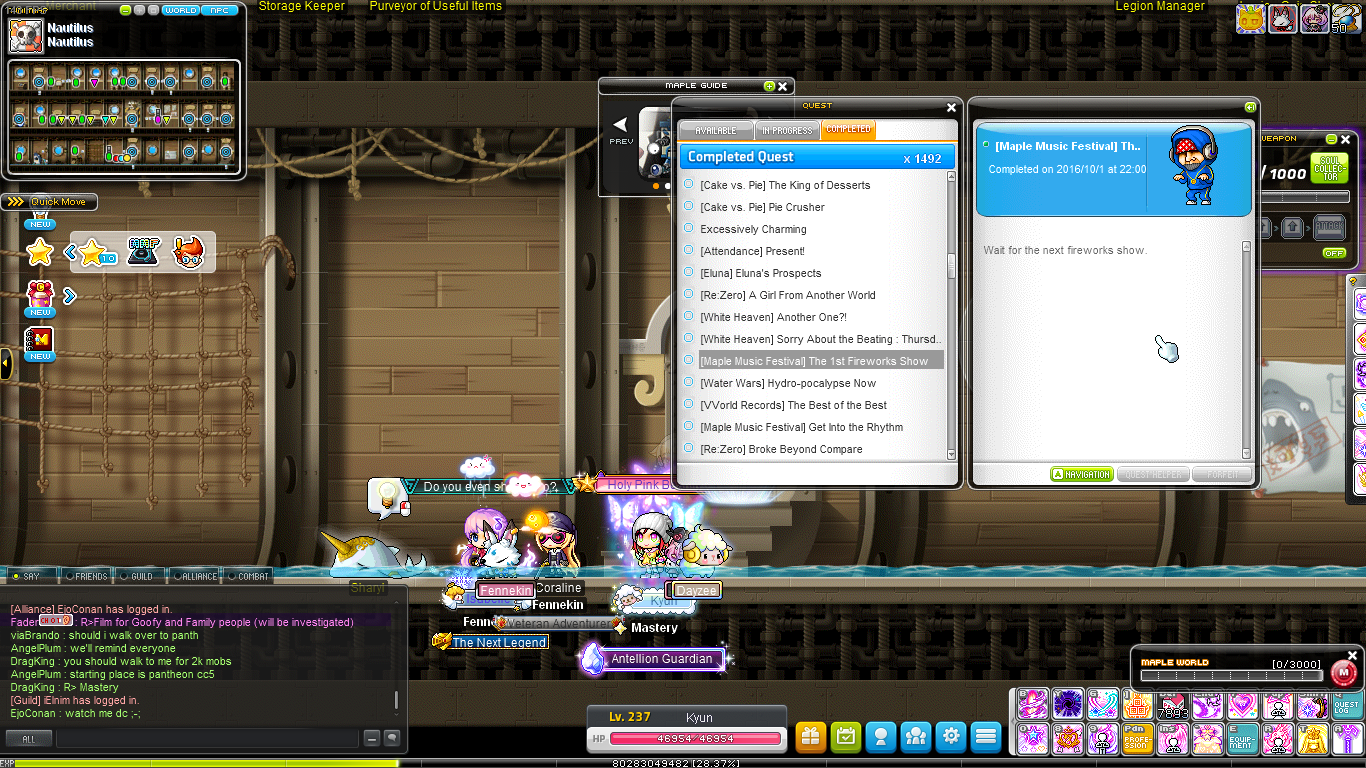 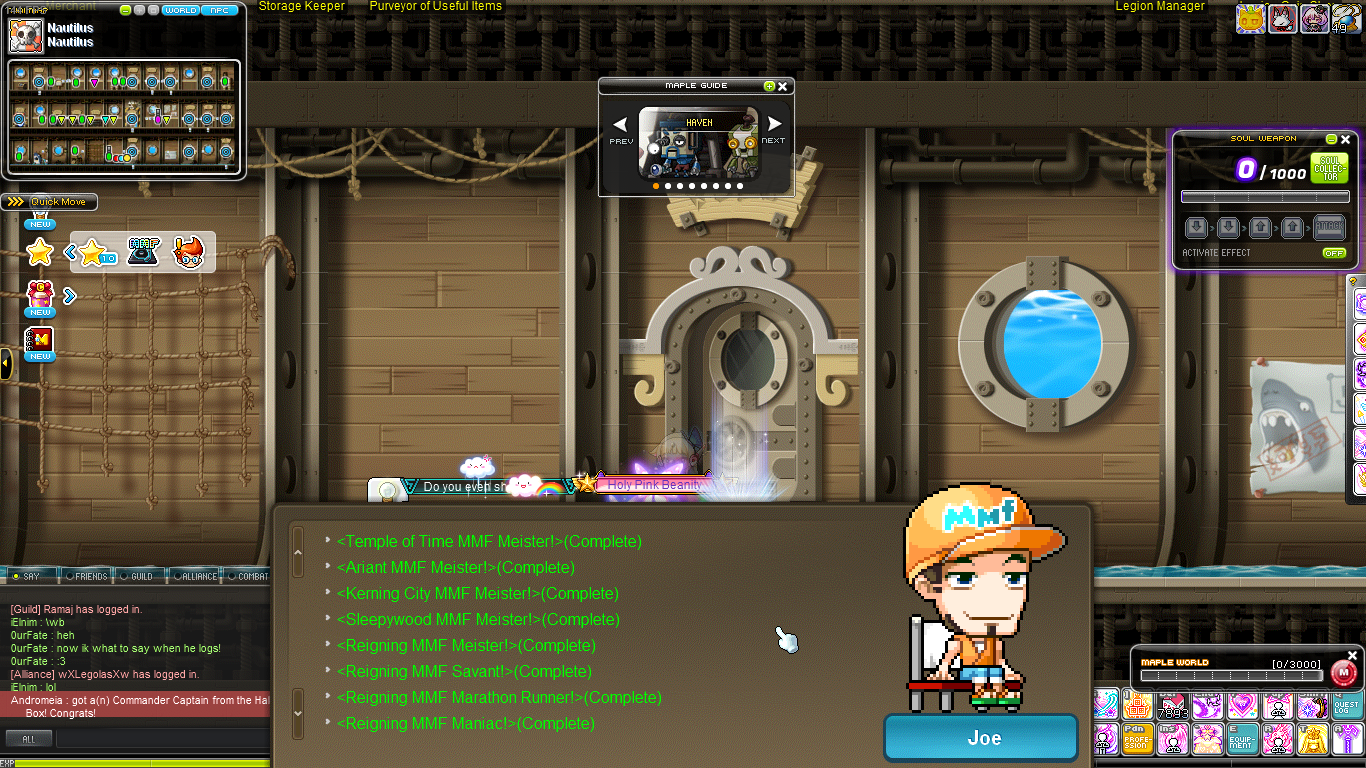