Reactions: 2,985
Posts: 588
Member
June 2018 edited October 2018 in Game Guides
Floor 42 in Tower of Oz is a jump quest, but there's a twist, you also need to kill monsters to actually pass it, 30 of each 4 monsters that spawns in diferent places of the map, making the longest jump quest in the Tower, needing to repeat the jump quest twice.

This is the map of the floor:

As said before you need to kill monsters and clear the jump quest, but you will kill most of em just as you do the jump quest, the problem is unless you have Frenzy Totem or Kishin(which spawns more monsters quickly), are a specific class or you are in a party, you will need to re-do the jump quest again to actually kill 30 of each monsters(making that two rotations), that's because just like a normal map, monsters will stop spawnning in a single spot of the map if you kill too many of em, requiring you to go in other part to balance the spawn of monsters.

The floor itself is mostly that, but there's two things you need to watch for(you will need powerfull elixirs/100% recovery potions for these cases):

First is the green meteor balls that falls(they are like Magnus ones):

they damage you 1/3 of your hp each time they hit you, so you can only take up to 2 before you die

Second is Finley, and annoying summon that will try to kill you once it spawns:

He's exactly like the anti-afk monsters in arcane river, he flies quickly towards you dealing damage, but in his case he cannot be damaged, so once he summons it's impossible to finish unless you are close to the end; he deals 30% of your hp each time he hits you, so you can take 4hits before dying.

Finley will spawn only 6minutes after you started(after the Alicia's guide if you have it) the floor, after that there will be a message and an animation showing where he will spawn, one minute after the message he will go after you. 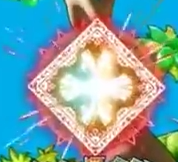 The good thing is you can ressurect yourself in this floor, as long you are WITHOUT PARTY you can do it, watch this video, the guy dyed and timed well when he ressurected: 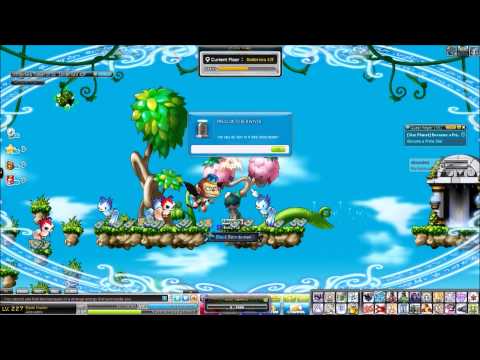 Resistence skill can be really helpfull as well, since you will gain the invencibility seconds from it if you ressurect yourself in 42f 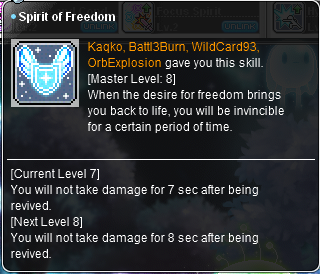 The jump quest in floor 42 can be divided into 4main parts:

-The first part (red) have two platforms that disappear overtime:

The first have a longer time everytime it spawns compared to the second one(which is short), so because of that you can almost always just stay on the first platform and wait to the second to spawn to just continue the jump quest, there's just one rotation that you will end up falling to the ground (which you might notice) so it's pretty simple.

Just one detail, before you go to the first platform you need to jump the ground before it, you can't go until the last bit of it since the real ground stop a bit before:

-The second part(blue) also have two platforms that disappear, but they don't last as long as the first two:

Instead of the first one last longer, it's the second one which last longer, so you usually will go with the second tangible while waiting a bit for the first to appear, you will need to time well since this second part is harder than the first, what i usually do is count for enough time so regardless what platform spawn first i can go as long the other is within range of time to walk, if the 1º platform is the first to spawn i wait around 3 seconds to see if the next spawns, and if it's the second one i wait around 5/6, but you can see what suits you best to time the platforms.

There's one detail in this part, after you crossed the 2º platform you will need to jump on the red circuled platform(where the Demon Slayer is jumping as well), else you won't reach the next platform that will guide you to harps.

-The third part(black) is the one with the harps:

This part is what require you to do the jump quest 2 times or need some kind of assistence(or maybe your class have good vertical range), the harps are all scattered around the platforms and the last two platforms before the end:

The ideal is to go as fast as possible to harps and then go down to beetles(brown mobs) so you can have more harps again spawnning on top of the map to finish 30 kill, usually the blood harp is the last mob to complete 30kills.

The key thing is that some platforms are tangible and some aren't, the tip is looking at the grass on them, the ones with grass facing right are the ones tangible and you can step on without problem, look the image bellow, it shows all tangible ones and the quickest way to the end of Harps(highlighted):

-Lastly(orange) is the end, once you clear you can just go trought the last part: 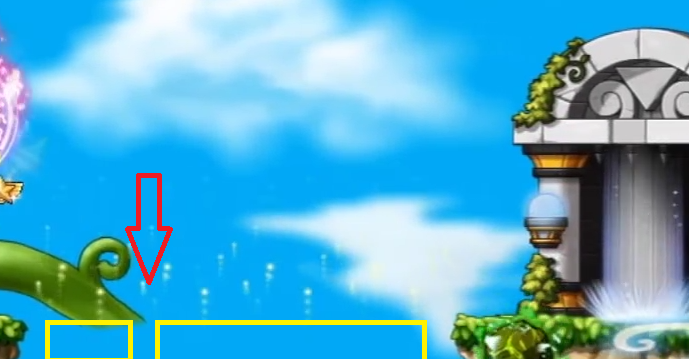 Two platforms and three jumps, just need to remember to jump after the vine and the corners, here's a video showing he falled right after the vine: 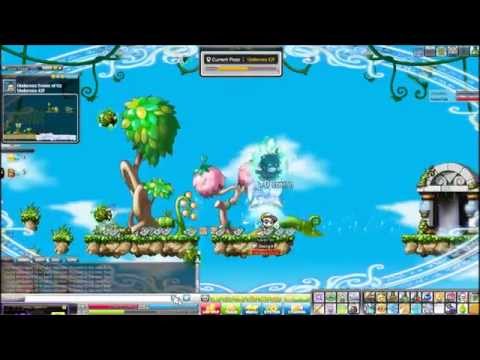 If you are level 235 you can use Will's spider skill to kill the Beetles on the ground(or other places like Harps at the very end): 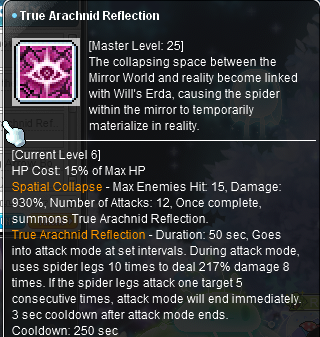 In this platform right here you use the skill and it will kill monsters bellow: 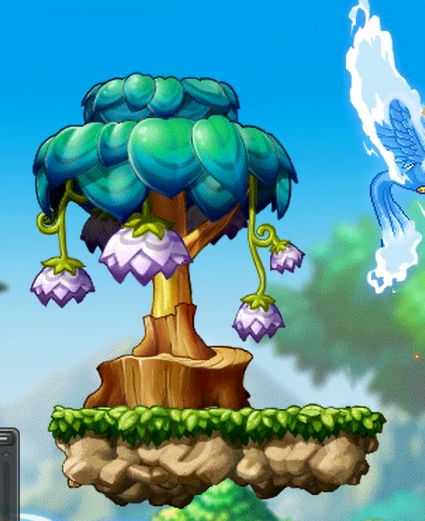 Like in this image you can see where it is in the overall map:

You could use Erda shower in the sposts above, but it's just a small help(and usually people only use for the Dual beetles at the very start of the floor, in the first platform that you go to). 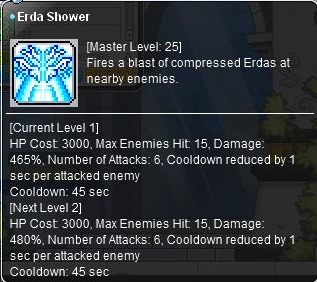 So overall that's it, here's someone going fast, usually it will take around 5minutes without fails/falls: 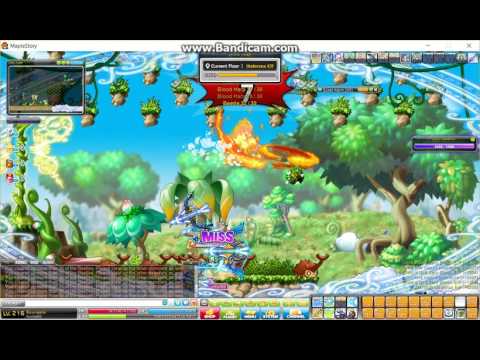 Here's a video of me using the Will's skill and going faster: 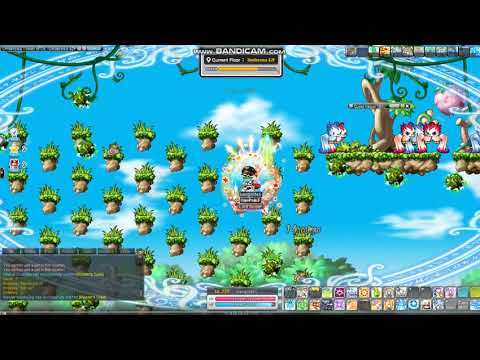 In case you are a Cannoer or some specific job you can do just one rotation of the jump quest(without Will's skill): 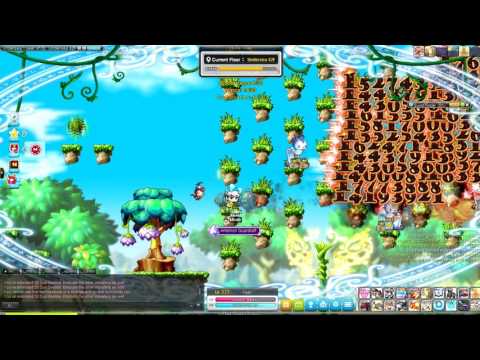 Or with Kishin like this other Cannoer, but without 5job: 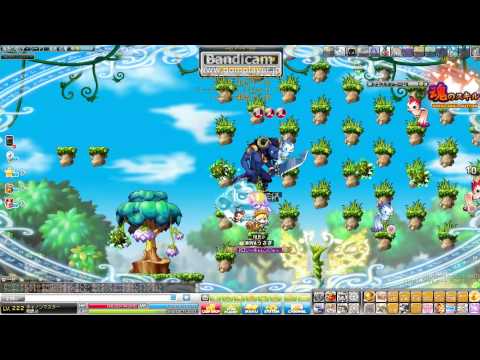