Reactions: 540
Posts: 4
Member
July 2021 edited July 2021 in Suggestions, Feedback, and Requests
Hello,
Recently I've found out that you can no longer use multiple equips' visual effects simultaneously,
unlike before and since ever pretty much I believe.
Equips with visual effects are individual regular or NX equips\sets that have their own unique effect aside for the item's own appearance.
Some examples for individual regular equips :
Hero's Gloves, Bain Weapons.
Some examples for Sets of equips :
Blizzard Set, Android Set.
An example of a NX Item :
Von Leon Ring.
Those examples of items I've given are just some of the ones that I own and found out I can no longer stack their visual effects together.
For example, I've intentionally used the Fusion Anvil on my Android Gloves, one piece of the Android Set, with the Hero's Gloves' appearance,
So that I could have both the Android Set's visual effect show up when I equip it in full, And the Hero's Gloves' effect as well.
Then, I Fusion Anviled a Bain's Polearm for it's effect as well, with the intention of having all three effects show up on my character simultaneously.
To my surprise, It turned out I can only choose to use one of those items' effects at once.
When you open your character's equipment window, you will see an orange button on the bottom left, and when you click on it,
your equipped items with visual effects' squares' frames will glow in green, implying their effects are in use, as showed in the image below.

.
When you right-click with your cursor on one of those items' squares, their frame will turn from green to red, implying their effect has been turned off, as shown in the image below -- I've right-clicked the Hero's Gloves' square and their effect was essentially turned off.

So basically, for instance, when I have my Android Set equipped, with the Android gloves having the Hero's Gloves' appearance, and the weapon being the Bain Polearm,
At first the Hero's Gloves' effect will show, then if I want the Bain Polearm's effect to show instead i'll need to toggle off the gloves' effect, and if I want the Android Set's
Effect to show I'll have to toggle off both the gloves' and polearm's effects off, whereas before this change was implemented, you could just use all of them together, or choose
to toggle whichever off and keep the others showing up.
I'm very sad about this change as I was intentionally coming up with specific looks combining different items with different visual effects to them, to create my own
unique looks.
Another short example is the Von Leon Ring that I have on another character, that also has an Android Set equipped.
The said ring is very expensive and rare, and the reason I equipped it in the first place at the time was well obviously for
it's cool effect but mostly because I could use it with other effects such as the Android Set's one, and now I can't do that anymore.
I understand that some people might prefer to not have all effects show, or rather be interested only in the specific item's own appearance
and not in it's effect, or that it may lag some people (although I'm seeing a decent amount of people with quite the amount of NX accessories
equipped together that often create a big image, not to mention familiars, souls and what ever else there is to the visual aspect of a character) but then,
I believe you can simply choose to either partly or completely blur out others' characters effects via the Settings.
And then there are also people like me who Fusion Anvil specific items and\or buy and use specific NX equipment to create looks with a combination
of effects showing up together, and invest alot in it, and I think it's only fair to let me use which ever effects as long as I have the required equips equipped of course,
just like before.
Even before, I do remember there being limitations as to certain items' effects not working with others', which is understandable, I guess, but between that
and limiting you to use only one at a time there's a major difference, that damages my very strong aspect of FashionStory to my playstyle..
And due to all the said above, I believe it only makes sense to give us, as in the players the CHOICE as to what we do with our equips and effects, rather than
force it on us, especially when some of us have invested a decent amount in specific things just for their exclusive effects that we now must choose from.
I really hope myself and a decent amount of other people that I know that care about this aesthetic aspect of the game,
will be able to once again stack various visual effects at once, and I hope there are some others in this forum that will agree with me,
Thanks. 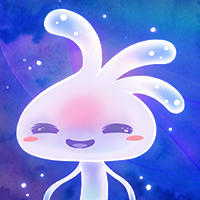