Sign In • Register
Follow us on
Go to main site
Go to main site
Home › Bug Reporting
Sign In • Register
[New Users] Please note that all new users need to be approved before posting. This process can take up to 24 hours. Thank you for your patience.
Check out the v.232 Blooming Forest Patch Notes here!
If this is your first visit, be sure to check out the Forums Code of Conduct: https://forums.maplestory.nexon.net/discussion/29556/code-of-conducts

Quests that count kills cause lag

Brief bug summary: Quests that count kills cause a noticeable freeze in the client after every kill.

More details: When the character has a quest that counts kills active, the client gets laggy when killing the monsters that fit the quest's criteria. Multiple such quests cause even more lag.

This was reported in February in the old forums, by @Its2Sharp4U , along with this video: 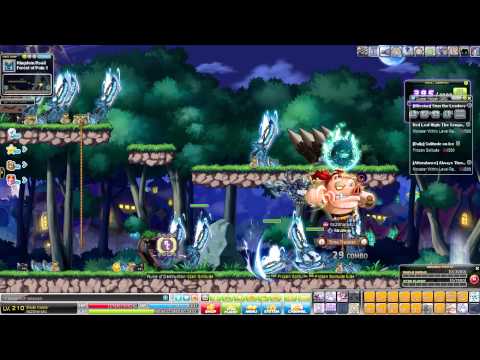 KThxBaiNao commented in that thread that he would bring this up.
I had hoped that v.177's "optimization" updates would solve this issue, but it is still a problem even after this patch.

Steps to reproduce:
1) Go to a map with monsters "of your level range" (over 150 if you are over 150).
2) Have no kill-counting quests in progress.
3) Kill monsters. Observe smooth flow of game.
(Note: if you get kill-lag even with no quests in progress, try using a single-target skill. The multikill display generates its own lag )

4) Accept a kill-counting quest such as an Attendance, "Dark Destroyer" (of Dark Lords of Darkness), or "[The Afterlands] Just Your Average Bottle 'o Souls" (in Star notifier).
5) Continue killing monsters. Observe the client freezing for a fraction of a second after every kill. (Refer to video)

(optional)
5.1) Accept another kill-counting quest.
5.2) Continue killing monsters. Observe that the client freeze lasts longer than with one quest.