Sign In • Register
Follow us on
Go to main site
Go to main site
Home › Bug Reporting
Sign In • Register
[New Users] Please note that all new users need to be approved before posting. This process can take up to 24 hours. Thank you for your patience.
Check out the v.228 On Air: Glimpse of Joy Patch Notes here!
If this is your first visit, be sure to check out the Forums Code of Conduct: https://forums.maplestory.nexon.net/discussion/29556/code-of-conducts 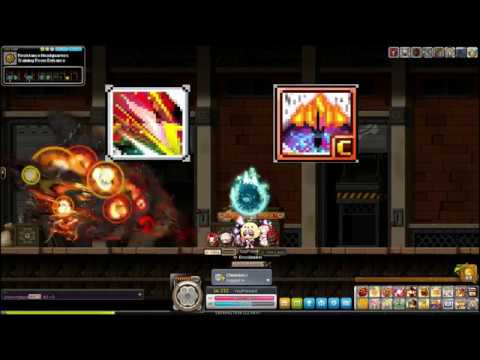 Starting at 5:42, GMS YouPresent demonstrates canceling Hammer Smash with Bobbing/Weaving. The problem is that even if I'm holding down another charge skill after releasing Bobbing/Weaving and jumping, it will take a second to begin charging rather than charging immediately

Date and time of the incident: Unsure how long it's been happening but has been around for at least 10 months, since October.
Sign In Register
Follow us on