Near Impossible: Sengoku Acessories in Reboot 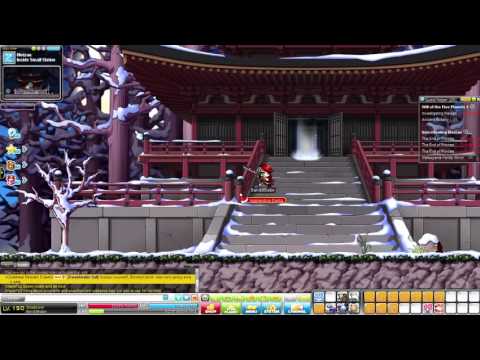 Another issue I've run into is that when you play as a class that utilizes Weapon Attack and not Magic Attack (for example, I'm a Dark Knight and I tried Kanna's side of the story first), if you play as Kanna in the Hiezan timeline, you do little to no damage with every attack at your disposal towards the bosses (I do decent damage to the mobs, enought that I was able to get to Renka).
Proof: https://imgur.com/gallery/DGiPd
Here, I'm hitting ones during the fight with Renka (the fight with Oura Shogun took about 10-15 minutes because I was hitting 100's on him, and before that, the fight against Mikigami took about the same time and I was hitting between 50-100's per hit)
You also cannot exit through either portal because you have to defeat Renka before you can enter either portal on both sides of the map.
Proof: https://imgur.com/a/7jBTZ
The only way you can get out of the whoel thing is to quit game. 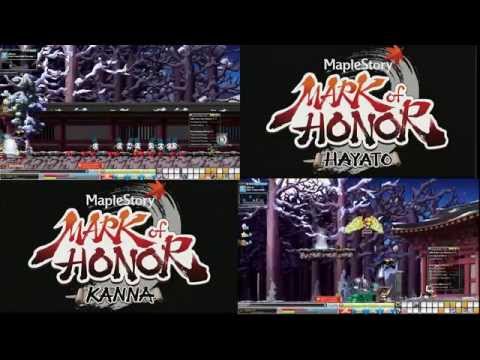 Video's upload date: 8/16/2014
Example of non-Reboot Hiezan questline: Fight with Mikigami is at 28:42, Fight with Oura Shogun is at 28:58, Fight with renka is at 29:10
The guy in the video demolishes all of them with one or two hits, but the HP of monsters and bosses in Reboot are so unbalanced that it's most likely you're going to be hitting 1's on them.

I don't know if I'm the only one experiencing this, but it still has to be looked into, and not be a victim of neglect.
There's no way of changing whose story you would rather do instead because once you choose either Ayame, Hayato, or Kanna, you're stuck with playing as that charcter until you've finished their respective questline.
Is this ever going to be fixed so that the questline plays like it does on non-Reboot servers, or will the damage percentages on Ayame's, Kanna's, and Hayato's attacks (for the Hiezan quests) going to get boosted so that players hit significantly higher than 1's per hit??

As for obtaining other accessories and "end-game" equipment in Reboot, I can't fight any of the Blackgate bosses because there's so many botters/legit players meso farming there that the bosses are basically non-existent and most rings are limited to one equipped because of their "Unique" status.

Looks like I'll need to get a Krexel Pauldron until I get a Royal Black Metal Shoulder from Magnus, along with a Silver Blossom Ring from HT..
(crai for days)