Sign In • Register
Follow us on
Go to main site
Go to main site
Home › Bug Reporting
Sign In • Register
[New Users] Please note that all new users need to be approved before posting. This process can take up to 24 hours. Thank you for your patience.
Check out the v.232 Blooming Forest Patch Notes here!
If this is your first visit, be sure to check out the Forums Code of Conduct: https://forums.maplestory.nexon.net/discussion/29556/code-of-conducts
«12»

[Solved/Fixed] You can close this bug report

A. Using final cut on a blank spot.

B. Using final cut on a monster. And you can receive the damage buff regardless if you charge the skill or not.

final cut has been bugged for more then 2 years now, it feels stupid that a bug can last for so long, and it hinders gameplay on phantoms a lot.

for example: at magnus if you miss final cut, then you gotta wait for the C/d.

So please nexon i beg you to fix final cut for Phantoms because:
if you miss a hit with final cut then the skill goe's on cooldown, without receving the damage buff and at hard bosses this can be the Factor between Death and Victory! , and also final cut works just fine and as intended on a dual blade, so it's just bugged on phantoms.

please nexon fix this bugs, it's really annoying to boss on a phantom now

Please fix it and have a nice day : D

(Here is how Final Cut is supposed to work, your'e supposed to get the buff even when final cut doesn't hit a mob, as seen by this Phantom that used Final Cut at 00:19 on a blank space, and he received the Damage Buff) 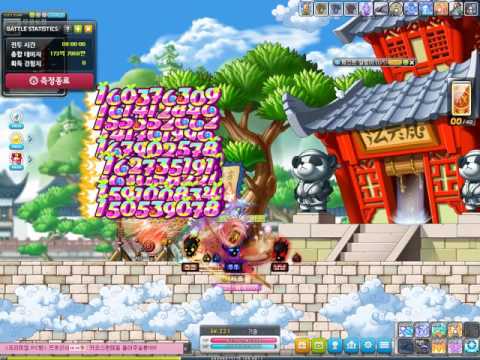 1. Steal Final cut as a Phantom

2. Use Final cut as a Phantom in a Town with no mobs

3. Watch after you have used Final cut , as the skill goe's on Cooldown, and you didn't recevied the +40% Final Damage Buff at all

Every time as a Phantom when u will not hit a mob with final cut you never will recevie the +40% Final Damage Buff.

(And it's not intended as seen but other regions (KMS/TMS/JMS/CMS/MapleSEA) that Final cut there works identically on a Phantom and on a Dual Blade,

* As that you recevie the +40% Final Damage Buff, but Using Final cut in a town with no mobs (On a thin air)

* And by hitting a Mob

* So you should Recevie the Final Damage Buff, but just hitting thin air, or hitting a mob with Final cut
on both a Phantom and a Dual Blade.

* Please fix it and have a nice day