Sign In • Register
Follow us on
Go to main site
Go to main site
Home › Bug Reporting
Sign In • Register
[New Users] Please note that all new users need to be approved before posting. This process can take up to 24 hours. Thank you for your patience.
Check out the v.219 Awake: Flicker of Light Patch Notes here!
If this is your first visit, be sure to check out the Forums Code of Conduct: https://forums.maplestory.nexon.net/discussion/29556/code-of-conducts

Brief bug summary: When the guild system was revamped, it got new skills, but it didn't get: Token Accrual (since we didn't have reward points back then we got reward points at a later date)
but the skill was never added, so now there's a blank space, 4 SP left, and we lack an additional source of reward points income.
(an important one, because star planet got shutdown, so we got fewer sources for reward points)

This is the Guild skill Tree in GMS: 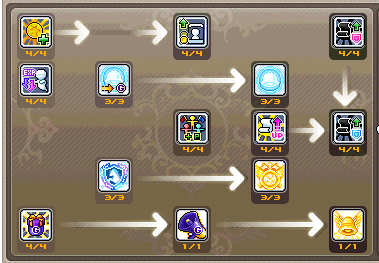 This is the Guild Skill Tree in KMS: 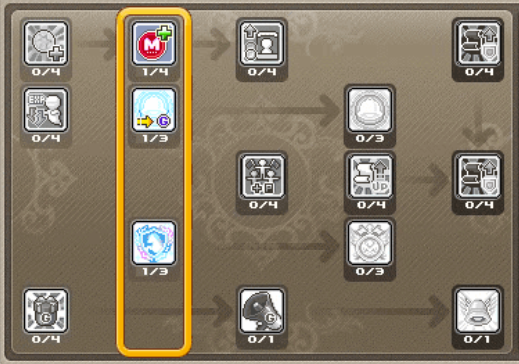 We got exactly enough SP leftover to max out Token Accrual/Mileage Encounter:

Steps to reproduce:
1. Open the Guild Tab (be in a guild)
2. Go to the skills tab and notice there's a blank space where: Token Accrual is supposed to be

Date and time of the incident: Since the Guild system was revmped in Global MapleStory in May 12th, 2014, V.149 - Legacy of Nine Update