Sign In • Register
Follow us on
Go to main site
Go to main site
Home › Contests and Events › Contest Rules
Sign In • Register
[New Users] Please note that all new users need to be approved before posting. This process can take up to 24 hours. Thank you for your patience.
Check out the v.238 Ignition: Extreme Patch Notes here!
If this is your first visit, be sure to check out the Forums Code of Conduct: https://forums.maplestory.nexon.net/discussion/29556/code-of-conducts 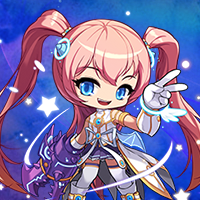 2. Participant Eligibility: The Promotion is open only to Participants who: (a) have never been banned or suspended, or had an account banned or suspended, for hacking or similar violations of Sponsor’s license agreements and/or Sponsor’s Privacy Policy (https://www.nexon.com/main/en/legal/privacy) and Terms of Service (https://www.nexon.com/main/en/legal/tou); (b) are at least eighteen (18) years of age as of the start of the Promotion Period; and (c) is a legal resident of the continental United States (excluding Hawaii and Alaska) or Canada (excluding Quebec). Participants under the age of majority in their jurisdiction of residence must have their parent or legal guardian’s permission to participate in the Promotion, and must provide evidence of such permission to Sponsor in whatever form required if requested by Sponsor. Employees, officers and directors of Nexon America Inc., its affiliated companies, agents thereof, the immediate family of any such person (defined as parents, children, siblings and husband or wife), or those with whom such person(s) are domiciled, are not eligible to participate. The Promotion is void where prohibited.

11. Privacy and Publicity: Except as set forth herein, all information submitted by Participants in the Promotion will be treated according to the Sponsor’s Privacy Policy (https://www.nexon.com/main/en/legal/privacy). Except where prohibited, participation in the Promotion constitutes Participant’s consent to the Sponsor’s use of his/her name, likeness, voice, opinions, biographical information, and country and state or province of residence for promotional purposes in any media without further payment or consideration.

15. Winners List: The Sponsor will publish the identity of the winners on https://forums.maplestory.nexon.net no later than thirty (30) days after all winners have been confirmed.