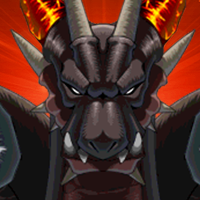 Reactions: 620
Posts: 2
Member
April 2020 edited April 2020 in Suggestions, Feedback, and Requests
So as we know this Familiar thing has gotten everyone riled up as of late. However, I believe that hate and rude comments are not a good way to get something changed. So this is what I have thought of as a slight fix. Note that this is an idea and able to be adjusted. This is also to fix the problems with how some things have become "broken" since the latest update which I will call the "Familiar update" from here on when referenced.

So as we all now know this Familiar update was not as good as we all hoped for. Jr. Boogies were to easy to get as well as other Epics which allowed for something that should be "End Game" to be theoretically achieved within minutes of starting the game for the first time. It was also terrible on servers because of the high density of people changing channels and funneling into 2-3 maps. So what I am going to propose is hopefully a fair fix.

My proposal is that Familiars should be based off of the Level of the monster you get it from. The levels I list are a guess on where it would be appropriate to place them in my opinion. Now with each rank up EX. Common to Epic the drop rate of the familiars should be adjusted as to make it harder to get Epic than Common. However, with this I would also change the Potentials that the familiars can get to be a little less powerful for lower levels. For example Epics should not be able to get 40% boss damage or 40% Ignore Enemy Defense, that is what I call to strong. However, Unique should be able to since it would be "end game" and able to be dropped VERY RARELY from monsters . I would put the drop-rate of Unique Familiars close that of Droplets from Arcana in this current patch.

Now for what would actually be "farm-able" I would make Common to Unique farm-able. The reason for not making Legendary farm-able would be incentivize either fighting select bosses for a chance of their Familiar or getting Familiar packs from the Cash Shop or from the Familiar shop (packs from the Cash Shop not available in Reboot). Now to change Epics and such I would suggest that all cards either be un-revealed (have the potentials hidden and randomized again) or keep the ones already revealed. Ex. Big Spider's potential. It increases meso and item drop rate by a large amount while still being a common.

These are the levels of the monsters that I believe would be best for their perspective tiers. With exceptions for boss familiar cards.
Common Lv. 1-140
Epic Lv. 141-210
Unique Lv. 211-275

Now this should not apply to every monster in Maplestory. I believe some should stay higher tier for their level but also lower drop rate to equal that of their tier. Ex. level 80 Epic Familiar would have the same drop rate as an Epic of level 141. Also I believe some monsters should not drop Familiars to also incentivize buying packs. However, these are just my idea's and suggestions but I do hope this may help in some way.

Edit 1: Also most of the badges are inaccessible at the moment due to either not being able to farm the Familiars needed, or them not registering due to changing names of Familiars. This would need to be addressed Ex. King Slime in the Shadow Badge. King Slime has not been accessable for many years now in GMS. So I would either remove King Slime from requirements or open a way to receive the King Slime Familiar.

Thank you.
A Familiar Hunter