This whole list of ideas should be implemented on purpose to considerably increase the time having All Together! Critter Crossing!, this Lv190 Hyper Skill added in the patch v.214 – Rise of the Guardian. Since the previous revamp last summer, in 2019, some Beast Tamer players have noticed how their client visual damage didn’t fit with bosses HP being known, but other players could see their real damage. Because sharing passives from other animal modes than the one being currently used, which wasn’t intended, some main players realized that it was the kind of stats that have to be kept, it’s needed on balance purpose. With this v.214 patch, this bug no longer occur so Beast Tamer are back at doing very low damage in long run if we can compare this class damage to more supportive classes. Me, thrakkes as a main Hero player and who already had to play a Shade as secondary main, who also played several classes to upgrade my Legion higher and following KMS DPM chart closely, depending of bossing situation. I also know a player who mains it since day 1, he can say a lot about the class. I really think that Beast Tamer class deservers a greater revamp.
In this list of ideas, I tried so hard to think how the class has to be revamped without doing broken damage like we had prior v.214 patch with passive sharing bug, so I had to considerably decrease a lot of sources of %Ignore Enemy Defense plus removing some of them. I have also thought of the concept Beast Tamer with many right ways of play it, depending of play styles we want to give it. Let’s say a player want be more supportive and with our current amount of SP, we can manage playing 3 animal modes efficiently at most, not more, by using Bear/Snow Leopard/Cat or using Bear/Hawk/Cat. Then a player want to play more offensively by using Bear/Snow Leopard/Hawk set up. By definition of balance, playing supportive has to deal less damage than offensive. This is what I did by playing with some Leopard and Hawk passive skills, relocating some of them on very last skills of their branches. By doing this, playing Cat mode while still using Bear for bossing, there will be no way of getting passive skills from both modes unless playing Snow Leopard/Hawk/Cat which none of them are good for bossing. Hawk may have potential being a decent bosser, but not as great as Bear mode.
Now, there are several skills that I suggest adding more number of attacks especially Bear and Cat modes, I also touched Hawk Formation Attack. I am trying to incorporate Fishy Slap in bossing, but it won’t be able tanking damage or moving so it’s very risky to use, but I try to give it a really good burst of damage.
As for Leopard mode, if all these ideas are implemented for a greater hyper skill duration, then the extra %damage gained on Lethal Lai and Leopard’s Roar from where they were prior patch v.214, respectively 20% and 10%. Moving a portion of some leopard passives to very late hawk skills is done so Bear/XXXX/Cat, same goes for Hawk passive skills.
Then, Cat mode was really hard to give it a fair balance especially when using buffs then switching back to Bear mode for DPS. I wanted suggest moving Cat’s Claw farther in tree so there will be no way to benefit from this skill if we want play the offensive built. I also gave a cooldown on Meow Heal since Bishop Heal also has a cooldown. I gave Purr Zone a better HP recovery for late game players that exceed 55,000 HP. I am also trying to buff a little more Meow Card and Gold Card by giving additional buff to Blue Card and additional chance of obtaining Gold Card.
For 5th job now, several Beast Tamer players have asked for the skill Champ Charge to be revamped because it lacks of number of attacks and %damage, making it useless, so I tried to revamp it to be more worthfull using. Giving a buff at Bear Special Attack may be a nice touch, but maybe it should be limited to more %final damage. The class also misses so many useful Boosted Nodes.

Beginner tab or other:
1- Receiving quest to get Maple Alliance Skill (Lv75+)
2- Allow certain skills Master Level to be surpassed with Combat Order/Decent Combat Order/+1 All Passive Skill Level inner ability, nothing else.
3-Give Beast Tamer the skill Echo once Lv200 like every other classes


Snow Leopard:
-Macho Dance: Enlarge the skill hit box to match a little more the diagonal movement. Adjust its damage to be similar to Macho Slam.
-Bro Attack: Level 1: Summon Chance: 1% > 6% and Level 15: Summon Chance: 15% > 20%. Cooldown removal, anyways it hits 0 second cooldown at max level and skill duration is way longer. Reducing attacks interval a bit or make them hit stronger unless we get Boosted Node of this skill. If reducing attacks interval, we can decrease the baby leopard duration to 25-30 seconds.
-Deadly Fangs: % Final Damage: 20% > 15%
-Lethal Lai: Built in Enemy DEF Ignored removed as we already have a high source of the stat from Leopard Reflexes, so unnecessary.
-Leopard Reflexes: Decrease %Ignore Enemy DEF from 60% to 30% and adding 10%critical damage which came from Eka Express.

-IMPORTANT!!! Highly suggested!!! Lv190 hyper = All Together! Critter Crossing! : Summons all of the animal spirits at the sound of Chase’s strong, magical whistle.
Lv1: MP Cost: 1000, Duration: 60 >120 seconds. Skill applies all of passive and buff skills with a few exceptions, regardless of the mode. Only skills with SP invested will be kept and all buffs will disappear when this skill ends. Remove Cooldown (HIGHLY Suggested, look at explanation above) or at least put 60 seconds cooldown.

-REMOVED Formation Attack: Spread due to additional number of monster on original skill
-NEW Formation Attack: Extra Strike: Number of Attacks: +1 or whatever it may take to get closer to Bear DPS including Bear Assault, but not equal, giving people option bossing with Bird mode.


Special Notes, how to improve game play/bug list:
-Allow us to hold Paw Swipe so we can keep swing Furious Strike instead of tapping nonstop. Make sure that we are still able to slightly move while spamming Furious Strike.
-Giving Invincibility Time from moment Aerial Relief starts dealing damage, so a while after it starts being casted, allowing player to move freely, maybe 1 second duration. It can already ignore physical damage on whole casting duration.


- Bug:
-Attack Speed going from stage 2 to stage 1 not affecting most skills including Furious Strike (I actually made bug report ticket to Nexon with a video I uploaded) 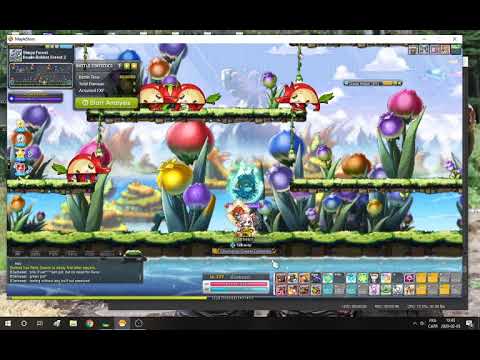 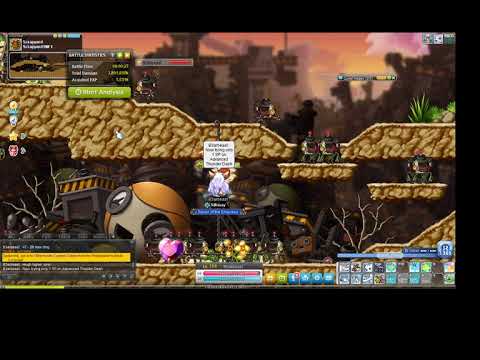 -Sometimes, a player can get softlocked when using Meow Card too quickly after switching to cat mode and switching back to another animal mode.


What do you guys think of all these changes? This sould be made in condition of having 100%uptime on the Lv190 hyper skill because the passives from all the modes are needed.