Sign In • Register
Follow us on
Go to main site
Go to main site
Home › Bug Reporting
Sign In • Register
[New Users] Please note that all new users need to be approved before posting. This process can take up to 24 hours. Thank you for your patience.
Check out the v.220 Moonlight Magic Patch Notes here!
If this is your first visit, be sure to check out the Forums Code of Conduct: https://forums.maplestory.nexon.net/discussion/29556/code-of-conducts

Shadowers have a fourth job skill called Smoke screen, According to the skill description, all party members become untouchable. Additionally this skill also should give a 20% critical damage increases according to the description but i have yet been able to show the damage increase. I ran multiple tests with both Decent Sharp eyes and a fellow Bowmaster's Sharp eyes. along with on dummies and normal monsters. The damage did not change with the enemies within the smoke. I did see small amounts of differences within the tests but its not big enough to say its from 20% critical damage at my stage of the game.

This link is for a youtube video thats show cases the damage difference on normal monsters with and without smokescreen : 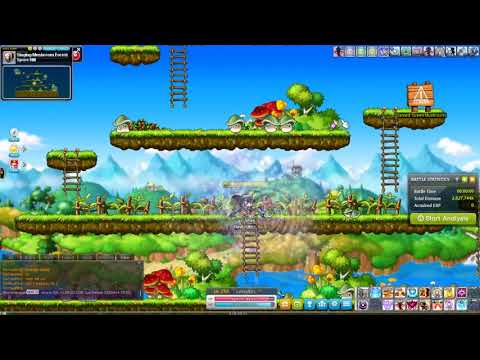 Steps to Reproduce : Test Damage with and without smokescreen active. Critical rate 100% will make testing via Battle Statistics system more consistent and accurate.