Sign In • Register
Follow us on
Go to main site
Go to main site
Home › Archive
Sign In • Register
[New Users] Please note that all new users need to be approved before posting. This process can take up to 24 hours. Thank you for your patience.
Check out the v.229 On Air: An Absolute Unit Patch Notes here!
If this is your first visit, be sure to check out the Forums Code of Conduct: https://forums.maplestory.nexon.net/discussion/29556/code-of-conducts
«12»

Reactions: 3,016
Posts: 336
Member, Private Tester
August 2017 edited August 2017 in Archive
So let's see if we can figure out all Kanna changes that have been made with their revamp, since the patch notes didn't mention them. Than maybe when the patch goes live Arwooo can use these for the actual patch notes.

Patch notes kanna changes:
• All jobs receiving some skill revamps to improve the balance between jobs.
• Both Kanna and Hayato are receiving skill revamps to adjust their skills’ stats, balance, energy cost, and more.
• Kanna’s stats will be increased to make her more competitive and balanced with other Magician jobs.

However there is a large variety, due to a higher ping and higher server latency, the respawn rate seems to differ between 3240ms and 4000ms mostly. (additional testing would help to see if its related to latency at times or that its not consistant on 3240ms respawn rate). 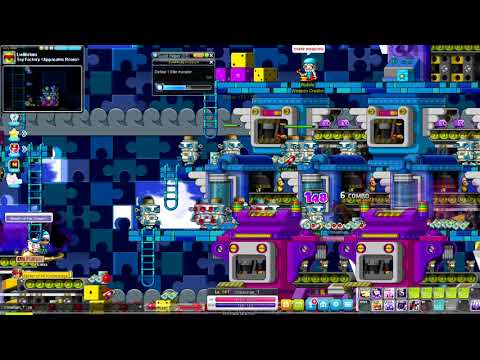 Current bugs:
- Soul Shear gives 30% damage, while description indicate 30% FD should have been given (is reported).
- Both barriers transparancy still not working.
- At Cygnus Empress when blackhearted curse triggers monkey spirit it will kill you if Cygnus has Damage Reflect active (monkey spirit should not be affected by DR) - Needs testing!!!.
- Haku's Perfected: Shows 0% IED instead of 40%.
- When having several Kanna's in the same party, haku's blessing override each other. (you get the buff of the one last cast).


Since my main didn't copy over as Luna player, I started from fresh, currently just reached 4th job and will test more once I'm higher level, but your input is more than welcome!