Sign In • Register
Follow us on
Go to main site
Go to main site
Home › Suggestions, Feedback, and Requests
Sign In • Register
[New Users] Please note that all new users need to be approved before posting. This process can take up to 24 hours. Thank you for your patience.
Check out the v.232 Blooming Forest Patch Notes here!
If this is your first visit, be sure to check out the Forums Code of Conduct: https://forums.maplestory.nexon.net/discussion/29556/code-of-conducts
«123» 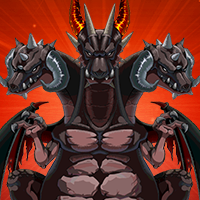 Reactions: 815
Posts: 102
Member
October 2018 edited October 2018 in Suggestions, Feedback, and Requests
for some reason paladin and dark knight are two of the only classes that do not have their main mobbing skill on their hyper skill upgrades. Even hero has raging blow as an upgrade, why isn't dark impale or charge on the hyper skill upgrades for these classes. I suggest a simple fix.