Sign In • Register
Follow us on
Go to main site
Go to main site
Home › General Chat
Sign In • Register
[New Users] Please note that all new users need to be approved before posting. This process can take up to 24 hours. Thank you for your patience.
Check out the v.238 Ignition: Extreme Patch Notes here!
If this is your first visit, be sure to check out the Forums Code of Conduct: https://forums.maplestory.nexon.net/discussion/29556/code-of-conducts
«12»

Reactions: 7,660
Posts: 1,572
Member
November 2018 edited November 2018 in General Chat
So the new recruit a friend campaign...I am pretty sure that...it's gonna be way too hard to get 50 people into MS1...Like...lower the bar a LITTLE Nexon. Sorry but I have been having a stress attack trying to figure out how to do this and so have a couple of my friends...50 is too many. 30 would probably be too many...and for 10k maple points...sorry but I really needed to rant a little because I am one of those shy, introverts with few friends. God, the only way to do this event is through dummy accounts realistically...yeah, Ill get off my soap box but I am having such a really angry time with this new event. 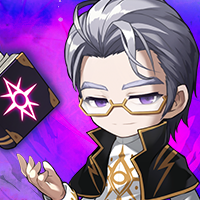