Sign In • Register
Follow us on
Go to main site
Go to main site
Home › Announcements
Sign In • Register
[New Users] Please note that all new users need to be approved before posting. This process can take up to 24 hours. Thank you for your patience.
Check out the v.234 Destiny: Homecoming Patch Notes here!
If this is your first visit, be sure to check out the Forums Code of Conduct: https://forums.maplestory.nexon.net/discussion/29556/code-of-conducts 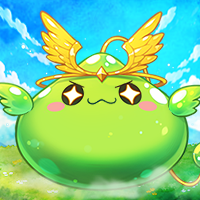 Reactions: 3,775
Posts: 679
Administrator, Moderator, Nexon
June 10 edited June 15 in Announcements
Hi Maplers,
We've seen a lot of community discussion concerning Kanna's skill changes after our Bean Brigades' Destiny Early Access streams this week and wanted to share the full scope of Kanna's skill changes that will be included in the upcoming v.233 Destiny: Remastered Patch Notes. We hope this information will clear up any confusion and provide more insight on the changes with Developer Comments. For the rest of the update details, please look forward to the patch notes that is planned to go live next Tuesday, June 14 PT.
Thank you. Kanna
Kishin Shoukan
- It will no longer increase the monster respawn speed and the max number of monsters in the map.
- It will now provide 10% additional EXP permanently.
- The damage multiplier of Kishin Shoukan Node Boost will increase from 2% to 3%
- Developer Comments: Since Kanna's Kishin Shoukan skill had excessively high performance compared to that of other skills, the skill’s ability to increase monster respawn speed and max number of monsters in the map will be changed to a different ability. The developer team will continue to increase the performance of Kanna's other skills and make convenience improvements. In addition, a revamp is planned to distribute the performance concentrated on a single skill and enhance the characteristic of Kanna. We will continue to monitor actual gameplay data to pinpoint the difficulties and to review the farming efficiency improvement, and look for a way players can enjoy playing the game further.

The boost node damage multiplier coefficient of some 4th Job skills will be adjusted to be the same as that of other 4th Job skills.
- Developer Comments: In order to align the character operation method like that of other classes, Kanna's main skill was changed from Vanquisher's Charm to Shikigami Haunting and the Mana-using concept was kept by revamping the Shikigami Doppelganger to require Mana during its revamp in 2019. In return, a high boost coefficient was set in some 4th Job skills as we believed that players will have to prepare new Boost Nodes. The developer team has been considering on when to make the adjustment as Kanna’s overall combat ability is high compared to that of other classes. We believe this skill balancing will increase the combat ability further with improvements to the damage formula for Ghost Yaksha and Kishin Shoukan skills. Thus, we unified Kanna’s Boost Node coefficient with that of other classes to narrow the gap between them. After this coefficient adjustment, we plan to monitor actual gameplay data to see if Kanna has any lacking combat ability compared to other classes, and continuously make improvements within the range where it doesn’t hurt the skill balance between classes.
- Shikigami Haunting: 5% -> 2%
- Falling Sakura: 5% -> 2%
- Shikigami Doppelganger: 5% -> 2%

Nightghost Guide
- It can now be activated even when in the air.
- Developer Comments: As a battle secondary skill, the Nightghost Guide skill’s activation condition will be improved so that it can also be useful in actual battle.
- It will now provide 25% of Knockback Resistance at Lv. 1 as a passive effect. Afterward, it will increase by 5% per skill level, up to 70% max.

Nine-Tailed Fury
- Its cooldown will be increased from 45 to 180 seconds.
- Its buff duration will be increased from 35 to 150 seconds based on the master level.
- Developer Comments: Nine-Tailed Fury is a skill that is frequently used for its damage increase buff and additional hit during cooldown. Thus, the skill was used often, consuming a lot of Mana. This will be changed to improve such issues.

Foxfire
- It will now display a stack on the buff icon.

Haku the Familiar
- Fixed so that it doesn’t inaccurately appear as if all skill level +1 effect was applied.

Geomancy
- It will now provide 30% of Knockback Resistance as a passive effect.

[Updated June 15] Haku's Gift
- Fixed the issue where its passive effect was not applied properly.