Sign In • Register
Follow us on
Go to main site
Go to main site
Home › Suggestions, Feedback, and Requests
Sign In • Register
[New Users] Please note that all new users need to be approved before posting. This process can take up to 24 hours. Thank you for your patience.
Check out the v.238 Ignition: Extreme Patch Notes here!
If this is your first visit, be sure to check out the Forums Code of Conduct: https://forums.maplestory.nexon.net/discussion/29556/code-of-conducts
«1234»

Change server time back to PST

Reactions: 40,125
Posts: 6,331
Member, Private Tester
January 2017 edited February 2017 in Suggestions, Feedback, and Requests
On the live stream, @SavageAce said this:
"The reason we switched our service to UTC was to standardize the time zones between our European and North American servers, and make it easier for us to plan out event times and such. Now, we do realize it did cause previous events, previous reset times, to be a little bit inconvenient, so we are looking into that. Future events like 2x, spell trace fever, we've already adjusted the times a little bit, to account for UTC and the different players playing all around the world. But we do want to make it convenient for, not just people in North America, or Europe, specifically, but all of our players all around the world."

However, in reality, that is not what is happening.

In particular, we see that Nexon still thinks in PST. Event notices have the PST time listed first, and UTC isn't listed at all. And for 2x, for example, the notice shows 3 sessions for Saturday and 3 for Sunday - but in UTC it's actually two sessions on Saturday, 3 on Sunday, and one on Monday.
As for planning events for European players: GM events were scheduled so well that the Luna ones always happened at like 3AM CET on Monday, of all days. Clearly, posting the times in UTC didn't cause any red flags to pop in the mind of anyone at Nexon.

Hot Days still happen on PST time, and Cash Shop sales reset by PST time. But most in-game resets go by UTC.
And then there are the things that even Nexon itself doesn't know what timezone they're scheduled for, like the New Year's Shop...

Finally, there is the issue of server maintenances. I understand that they're still in the morning PST because the staff that do them is in California. However, it means that if a patch maintenance runs overtime - as they all too often do - it can easily go past the daily reset, effectively cutting out a day of play for whatever new events are introduced in said patch.

There is no such thing as a truly "neutral" or "global" timezone. Any clock chosen is bound to be more natural to some players than to others. I believe that the majority of GMS players are still in America, and therefore a server reset that occurs during American nighttime is natural to them.

I believe it would be best for both Nexon and the players if the servers were put back on PST. It would make everything reset at the same time, and it would make scheduling easy for Nexon and clear for the players. 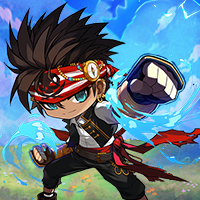