Sign In • Register
Follow us on
Go to main site
Go to main site
Home › Bug Reporting
Sign In • Register
[New Users] Please note that all new users need to be approved before posting. This process can take up to 24 hours. Thank you for your patience.
Check out the v.232 Blooming Forest Patch Notes here!
If this is your first visit, be sure to check out the Forums Code of Conduct: https://forums.maplestory.nexon.net/discussion/29556/code-of-conducts
«12»

Brief Bug Summary: Blaze Wizard's Orbital Flame projectiles desynchronize with character animations and are not being cast as quickly as intended.

With all four version of Orbital Flame at their respective max levels, assign Orbital Flame to a key. Stand on the ground and hold down the skill key to allow multiple Orbital Flames to be cast.

A successful reproduction of this bug will look like this: 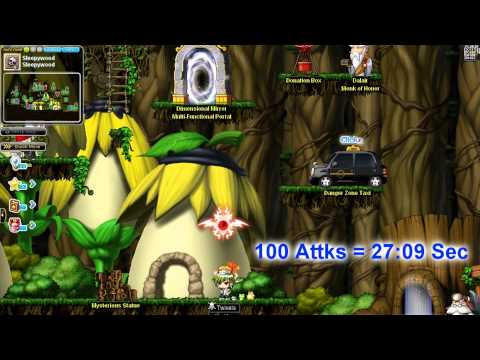 This is an example of the desynchronization that happens in GMS. The projectiles are created inconsistently and unpredictably which results in a staggered stream of projectiles that is not continuous.

If working as intended, Orbital Flame will look like this:

At 13 seconds, the Blaze Wizard is standing on the ground casting Orbital Flame. The projectiles are created quickly and consistently. They will be created in a predictable and continuous stream until the skill key is released. Notice that there is no staggering in the creation of the projectiles. This is the same functionality that can be observed by a Blaze Wizard that is assisting your current character in the Legion Raid.