Sign In • Register
Follow us on
Go to main site
Go to main site
Home › Suggestions, Feedback, and Requests
Sign In • Register
[New Users] Please note that all new users need to be approved before posting. This process can take up to 24 hours. Thank you for your patience.
Check out the v.234 Destiny: Homecoming Patch Notes here!
If this is your first visit, be sure to check out the Forums Code of Conduct: https://forums.maplestory.nexon.net/discussion/29556/code-of-conducts
«12»
Closed

But before I start talking about why we should remove teleport skills in Flag Race, let me say 1 thing.

We are from Bera.
Me and a couple (about 16) of my friends have made up our mind.

In case Teleport Skills will not be removed until the beginning of April, we'll get a very large guild and will start recruit people to it.
(we can easily search for someone who can sell us a guild with 200 slots).

The guild will have only 1 purpose, and that's to get into every Flag Race and bomb as many people as possible, stealing all the Teleport Skills first, etc.
We will be there to make a chaos in a legally way.

I shall start now.

For a long time now, the absurd of Teleport Skills has been driving crazy many other people as well...

How is that even fair? how is that even make any sense? that a few guild members, can easily pick up a skill, teleport to 1 of their guild member, and finish 3 rounds in no time?
As someone who doesn't sit in a big guild which focusing on Flag Race, this is 100% impossible to finish even 2 rounds.... in fact, I haven't finished 3 rounds for a long time now, thanks to the curse that called Teleport Skills.

Flag Race is fun, but the moment Nexon added those Teleport Skills, it completely destroyed the game! me and my friends are very good at Flag Race and yet, we're not even able to finish 2 rounds, because of those cursed Teleport Skills.

The only type of people who would disagree with me is those kind of people who already have a guild, so with their guild members, they're using Teleport Skills.

I have another idea for this problem.

Simply make it so we can finish Flag Race in only 1 round, instead of 3.
So that way it'd still be fair since by having to finish the first round only (only 1 round), Teleport Skills became useless.

So dear Nexon, please do not ignore us, this thread about Flag Race is very important and we hope that you'd listen to us, for once. 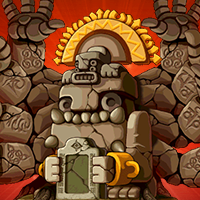 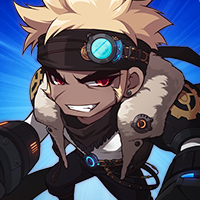