Sign In • Register
Follow us on
Go to main site
Go to main site
Home › Announcements
Sign In • Register
[New Users] Please note that all new users need to be approved before posting. This process can take up to 24 hours. Thank you for your patience.
Check out the v.234 Destiny: Homecoming Patch Notes here!
If this is your first visit, be sure to check out the Forums Code of Conduct: https://forums.maplestory.nexon.net/discussion/29556/code-of-conducts
«123»

Reactions: 17,755
Posts: 498
Member
October 2017 edited October 2017 in Announcements
Recently, there have been many discussions of whether or not it's safe to play as Kanna, due to the number of Kanna related ban appeals that have been appearing. On the surface, this sounds like an easy enough question to answer, but in reality, there's a lot going on behinds the scenes.

Let's first get the facts out of the way. The community knows that certain classes are most popular with hackers and we know this as well. It should also be to no surprise that Kannas were the main focus in our recent attempt to combat the issue of hackers in MapleStory. Over 1,000+ illegitimate Kannas were banned as a result of this recent action, but it's also a fact that in the past, our banning procedure has made some errors as stated by our CS & Investigations team here. Due to this, we're just as careful and wary about this whole ordeal alongside the community, and we're doing all we can to make sure there are zero errors.

Going back to the original statement: "On the surface, this sounds like an easy enough question to answer, but in reality, there's a lot going on behinds the scenes." There's a reason why much of the information regarding the banning and appealing procedure must be behind closed curtains. It's the same issue that we're dealing with currently with hackers submitting ban appeals pretending to be legitimate. It should also be to no surprise that illegitimate users take advantage of community platforms. As candid as we'd like to be with the community, the release of sensitive information would ultimately harm the integrity of the game if fallen into the wrong hands.

At this point in time, we will continue to do our best to investigate Kannas who were banned and submitted an appeal. While this may not address the immediate concerns with playing Kanna, we do hope that this provides the community with further understanding. 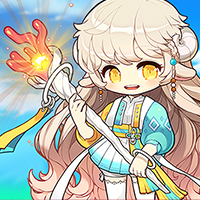