Sign In • Register
Follow us on
Go to main site
Go to main site
Home › Suggestions, Feedback, and Requests
Sign In • Register
[New Users] Please note that all new users need to be approved before posting. This process can take up to 24 hours. Thank you for your patience.
Check out the v.238 Ignition: Extreme Patch Notes here!
If this is your first visit, be sure to check out the Forums Code of Conduct: https://forums.maplestory.nexon.net/discussion/29556/code-of-conducts
Closed 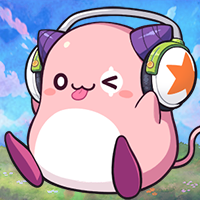 First off I want to apologise for the events in the official discord over the weekend and also the fact this thread has not been done sooner.
If you're here thinking you didn't know we had an official discord you can find it at https://discord.gg/maplestory

I have seen the feedback across discord/forums/reddit already and any further ones done there won't be ignored for this thread, it is just an easy place for people to see they can provide feedback.

So post your feedback here about anything at all relating to the official discord, but please keep within the rules of the forums.
Thanks!